To paraphrase the BSBI's national web site, axiophytes are "worthy plants" - the 40% or so of species that arouse interest from botanists as indicators of habitat that is considered important for conservation, such as ancient woodlands, clear water and species-rich meadows. They are not the same as rare plants: species that have only ever been recorded in one or two sites in a county may have relatively low statistical significance when considering vegetation patterns as a whole.

Lists of axiophytes are one technique for determining conservation priorities. Geographical regions with many axiophytes are usually of greater importance than those with fewer; and changes in the number of axiophytes in an area over time can be used for monitoring the outcome of management practices, or a general decline.

The BSBI nationally has identified three criteria for defining an axiophyte. 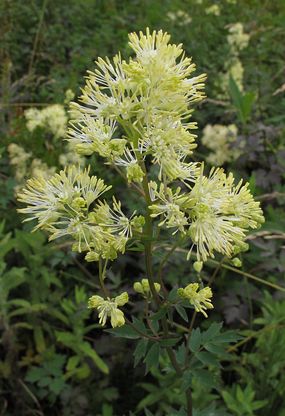